Posts : 4
Points : 6
Join date : 2020-02-10
Just read Ararat Advertiser which says Stawell has been postponed. Is this right as there has been no VAL message. WTF

The 2020 Stawell Gift has been postponed.

The Victorian Government has implemented a State of Emergency that bans non-essential mass gatherings of 500 or more people in Victoria, effective midday Monday 16 March until 13 April 2020.

The Stawell Athletic Club said it is working closely with the Victorian Government, Northern Grampians Shire Council and the Victorian Athletic League in what is an evolving situation.

This included assessing options for potentially re-scheduling the 2020 Stawell Gift to a date later in the year.

The club said more information will be made available via the Stawell Gift website in the coming weeks.

The club thanked all participants, partners, spectators and suppliers for their patience and understanding at this challenging time.

Posts : 7
Points : 7
Join date : 2020-03-03
Berwick and Ringwood cancelled as well with Ringwood looking to reschedule. Maybe we'll see Ringwood as a lead into Stawell in Spring before the 20/21 season.

Slugger wrote:Berwick and Ringwood cancelled as well with Ringwood looking to reschedule. Maybe we'll see Ringwood as a lead into Stawell in Spring before the 20/21 season.

A couple of meets prior to rescheduled Stawell would be good. 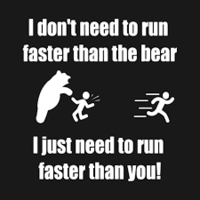 mid.runner1 wrote:I like the idea of having Stawell the last race before Christmas.

Great time to have a majority of athletes available.

However, surely you need closure to one season before commencing another.

Sounds pretty good.
A few meetings leading into a Christmas Carnival , then over to Tassie , how good would that be for everyone. 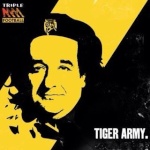 If you want to hold the Calcutta, late on Friday would work.

Without Good Friday, many won’t be driving up until after work on Friday or early Saturday, so a condensed program is definitely needed. This is possible given that there are likely to be fewer entries for an early season Stawell as there is a finality to the Easter Stawell given it falls after Nationals and various LA state championships.

If Stawell is run early in the season, and without multiple public holidays or school holidays around it, many interstate athletes and juniors will give it a miss. Also, many of the juniors at that point will have other choices or priorities including state All Schools and Little Athletics Relays.

In any other year, reduced interstate, junior and LA (and probably Vic VAL) event entries would be a bad thing. In this situation, it makes it far easier to run the event as a two-day program.

Sounds pretty good.
A few meetings leading into a Christmas Carnival , then over to Tassie , how good would that be for everyone.

Remember that Stawell is the completion of the current 19/20 season. It should not overlap season 20/21 meetings. Nor should it be positioned around major Christmas meetings which would be to the detriment of race entries and quality athletes competing.

Only a small percentage of pro athletes would physically, financially and mentally be able to compete at let's say Stawell, Bay, Burnie or Maryborough meets all crammed in together. Yes most people are on holidays, but we want some time to relax too.

Posts : 7
Points : 7
Join date : 2020-03-03
Am I right in assuming that the VAL won't refund entries to a postponed event (if the athlete can't attend the new date) and will only refund in the event of a cancellation?

Slugger wrote:Am I right in assuming that the VAL won't refund entries to a postponed event (if the athlete can't attend the new date) and will only refund in the event of a cancellation?

Seeing that the new date has not been announced yet and will most likely be 6 months away, the VAL should not be able to retain entry fees.

All monies should be returned, along with Geelong, Berwick and Ringwood.

Allow athletes to nominate again when new date is set. Not everyone that entered for April competition will be available for the new dates.

Easier Said Than Run wrote:All monies should be returned, along with Geelong, Berwick and Ringwood.

My thoughts as well. I was surprised that they are refunding the others but not Stawell, given it won't be rescheduled until after winter at the earliest. 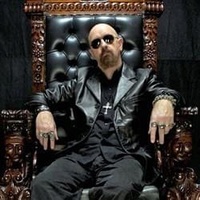 Posts : 6
Points : 6
Join date : 2020-02-12
If and when the reschedule date is announced they can just refund money on request after then to those that can’t attend the new date. 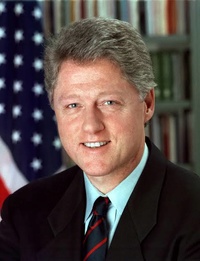 Posts : 23
Points : 33
Join date : 2019-04-17
Stawell will almost certainly happen in the final week of october.it won't clash with afl Grand final or Melbourne cup and will be condescend into 2 days which while difficult can be done with 8.30 am starts and 7pm finishes given it will be daylight savings.we would have 1 or maybe 2 tune up meetings at Geelong/Ringwood or Berwick / Ringwood in first and second weeks of October then 14 days until Stawell in final week of October then close off season until the usual late November start stay tuned