Times are changing - AIS physiologist predicts 100m to be run under 9secs.

Read more: [You must be registered and logged in to see this link.]

[You must be registered and logged in to see this image.]
Jamaica's Usain Bolt stunned the world in winning the 2008 100m final
in Beijing in the blistering time of 9.69 seconds. Photo: Vince Caligiuri

Jamaican sprint king Usain Bolt rules the track and field world right now, but how far is he from human athletic perfection?

In 34 days, London will become only the second city after Athens to host a third Olympic Games. It has been 104 years since the first.

It is a fascinating timeline of how times have changed.
[You must be registered and logged in to see this image.]
Reginald Walker of South Africa, right, crosses the finish line to win
the gold medal in the 100m final at the 1908 London Olympics,
equalling the Olympic Record of 10.8 seconds. Photo: Getty Images

Bolt’s world record 9.58 seconds would have won gold at the first London Olympics, in 1908, by some 11.3 metres. South African Reginald Walker won that event in 10.8 seconds.

By the time of the second London Olympics, in 1948, Bolt’s winning margin would have narrowed to just 7m, ahead of American Harrison ‘Bones’ Dillard, who stopped the clock at 10.3 seconds.

How long before Bolt’s feats are consigned to history, too?

[You must be registered and logged in to see this image.]
An official runs alongside John Hayes
of the USA on his way to completing the
marathon at the 1908 London Olympics.
Hayes won the gold medal after Dorando
Pietri of Italy, who despite finishing
first, was disqualified for being helped
over the line. Photo: Getty Images

‘‘Under nine seconds is feasible [for the 100m] and under a two-hour marathon is feasible,’’ Saunders said.

‘‘I suppose all sports will continue to improve until we reach the limits of human capacity, but who knows if there is a limit.

‘‘[Bolt] has been a revelation, he has pulled other athletes to levels they would never have thought they could achieve ... all his competitors are running times that would be world records if it wasn’t for Bolt.

‘‘Exceptional athletes bring the whole event forward, they show what is achievable.

‘‘They break mental barriers of what people perceive is the ultimate and then they supercede it.’’

The three London Olympics, spanning more than a century, are a case study not only in human athletic evolution, but also cultural practices.

This year will be the first time the Games haven’t been limited by disaster.

London had just two years to prepare for the 1908 spectacle, which was supposed to be hosted by Rome.

The eruption of Mt Vesuvius in 1906 meant Italy’s funding priority was rebuilding Naples, not the Olympics.

London was awarded the 1944 Games, but they were cancelled during the War.

When the Olympics resumed in 1948, they were known as the ‘‘Austerity Games’’ because of post-war rationing.

No new venues were built and athletes were housed in army camps.

You only need to take a quick glance at the sports on offer at the first London Olympics to realise how much things have changed.

While current Australian swimmers Nick D’Arcy and Kenrick Monk were recently lambasted and disciplined for posing for a photo with guns, Sweden’s Oscar Swahn won a gold medal in 1908 for his triumph in the single-shot running deer event. He won a gold medal for shooting a deer.

But in 1938 a faulty grenade exploded in his right hand.

Determined to continue his career, Takacs learned how to shoot with his left hand and won Olympic gold in 1948.

Millions of dollars are put into sports science, too, chasing thousandths of a second or millimetres of improvement.

Canberra’s Martin Dent needed to run the 42.2km in 2:12 just to qualify for the Australian team at the 2012

London games, and admits he’s not there to challenge for a podium finish.

The current world record for the marathon is 2:03.38, but Saunders thinks endurance athletes will have the ability to break the two-hour mark.

Gone are the days when an athlete would sip champagne in the final kilometres of the marathon like Dorando Pietri did 104 years ago.

Italy’s Pietri was leading when he was handed a champagne. He collapsed five times before finishing and was disqualified because officials had to help him cross the line.

In the pool it was high-tech suits which changed the sport.

All of a sudden world records were dropping after every event.

But Saunders says there has to be a natural progression in improvement and a limit to how technology is used.

‘‘As long as it’s fair for everyone. If the technology isn’t available to everyone, I don’t think it’s in the spirit,’’ Saunders said.

‘‘It’s about trying to keep it in its purist form – for running that’s shoes, shorts and singlets.

‘‘When they allowed suits in swimming, it was always going to escalate.

‘‘That’s not fair, you want the people doing the hardest training and the best natural athletes doing the best, not a suit changing things.’’

Of course, it’s not an even playing field to compare athletes across different eras. Bolt is the golden athlete of this time.

He blew his rivals away at the Beijing Olympics four years ago to win the blue-ribbon event and he appears unbeatable at these approaching Games.

He is as close to human athletic perfection as we know it. ‘‘World records might stay for 20 years at some point, but eventually they’ll be broken,’’ Saunders says.

‘‘You don’t know how humans will evolve, we may evolve more powerful, faster, stronger and with better endurance.

‘‘There definitely will be some point where the body just isn’t capable of doing certain things.

‘‘But what those limits are, I don’t think we know.

‘‘No one knows what times and results will look like in 40 years.

‘‘There’s no indication that any world record is at its limit ... we haven’t reached the [athletic] capacity of humans just yet.’’ 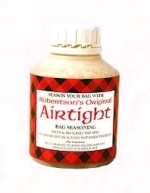 I read something once that talked about this. They suggested that both the men's and women's 100m would get below 9 sec. They also suggested that there was greater scope for improvement in women (from memory something about the hip orientation or something) and that their times would actually be better than the men.
I will see if I can find it, don't hold your breath though.

Re: Times are changing - AIS physiologist predicts 100m to be run under 9secs.